In talking about art projects that engage with a community or individuals, I as a reviewer have two options: I can either talk about the social impact the project had or still has on the community and its individuals or I can fo­cus on that part of the project, that can be clearly identified as the artwork because I saw it – probably the documentation of the social­-impact­-part or maybe even something that excels a mere documentation – in an art space. Sun Cinema (2010) by Klemens von Wedemeyer is one of these socially engaged artworks, that withhold these two different starting points for the viewer. For Sun Cinema Wedemeyer installed in collaboration with the Istanbul architect Gürden Gür and in consultation with the local film associ­ation an open­air screen in the turkish town Mardi. Only the front of the screen actually serves as a screen, the back is a huge mirror facing the valley and reflecting the setting sun.

The project has been presented several times in art spaces. The presen­tation of the project, that is the artwork, consist of a film shot during the process of getting in touch with the people of Mardi, looking for a site for the screen and cooperating with the local film­club, that now organizes the film­screenings. It furthermore consists of several prints showing the area and a model of the amphitheater like site where the screen is situated.

I’ll discuss some aspects of the impact the project seems to have onthe people of Mardi – and I use seems and not the imperative in order to make clear that I am not part of the community of Mardi and can only inter­pret their reactions based on the artwork Sun Cinema that I saw as part of the show The Ultimate Capital Is The Sun at NGBK in fall 2014. For twenty­five years Mardi was without a movie­theater. The last one closed after every household got a TV and nobody came to the screenings any more. With his open­air cinema Wedemeyer creates a new space of encounter – whose seating­ranks resemble probably not only accidentally an amphitheater, which had in ancient societies among many others also the function to serve as the central location of assembly. In realizing the project Wedemeyer didn’t have every citizen of Mardi on his side. One of the women of the film association voices her doubts about the utility of the project. Some per­son, who seems to be a mediator between Wedemeyer and the locals, reacts to her doubts: ‹This is not a functional project. This is an art project. An art project is always a meta­project.› In that answer lies, as I under­ stand it, far more than a possible mediating explanation. To me it shows that Wedemeyer is not merely doing social work, giving the people what they needed. His primary concern is not to give the community the place of encounter they weren’t able to create themselves due to whatever reasons – might that be because they didn’t get themselves how important such a place can be or might that be because they didn’t have the money but needed a state­funded artist to finance it. No, Wedemeyer works in close collabora­tion with the locals, but he has his own interests in the project. He doesn’t pretend to not hold the authorship, to not be the one who is international es­ tablished and has the necessary experience as well as connections and financial possibilities. He realizes his project in collaboration, being aware of cultural and ethical differences, being aware of his position. But he doesn’t try to be someone he is not or do something he, as an outsider to Mardi, cannot achieve. He realizes Sun Cinema in collaboration with Mardi, and the outcome of the project is neither only social work, nor only an art­ work circling through the western artworld. As an artwork, since thatis all what I have seen of it, it stimulates reflections that go far beyond the western art scene and that raise questions about differences and coherences. 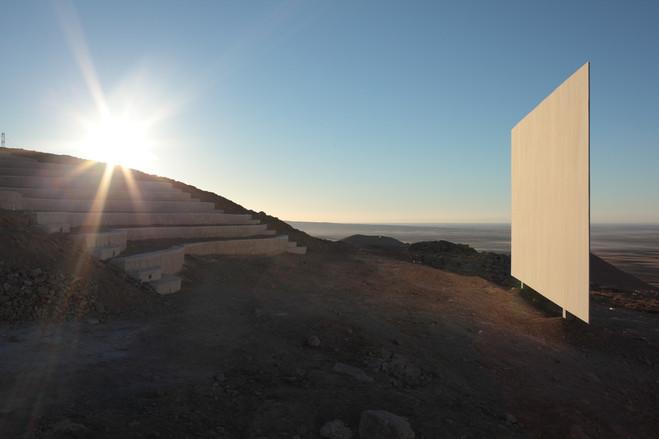 Caring for ‹Me and the Other›: Artistic Cannibalism