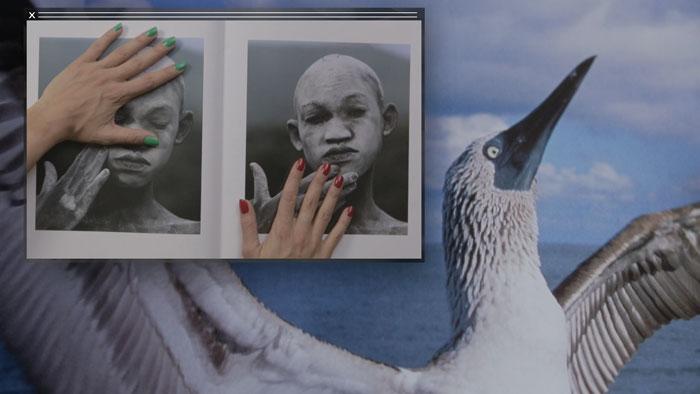 Jennifer Allen, a writer for many western art magazines like Frieze and Mousse, describes in her essay Rococo Conceptualism2 the development from the early, truly conceptual art to what she calls Rococo Conceptualism. Allen states how the strong focus on the concept in the 60s and 70s evoked the narrative turn in the 90s. By then it was possible for art to have a narrative while still being based on a strong concept. Today all art is in one way or another conceptual.

The revival of the narrative was followed by “retromania, documentation and research-based practices, which could make even the nails in the gallery walls speak about nostalgia, history, a global itinerary”. All of these artistic practices are based on concepts, as Allen says, and these concepts are the source of an indefinite creation, extension and multiplication of meaning due to including the history of the used material and the exhibition space, the artist’s, curator’s and visitor’s subconscious. After conceptual art there is no way that an artwork exists just as a closed entity. On the contrary: it is constituted in the process or relationship between the artwork/performance/event, the spectator/user/viewer/witness, the room/space, the given time and the history of all the elements. This referencing and pointing artwork can reach an extreme, as wonderfully described by Allen in her article:

“Today’s “wall” would not just be any old wall but a wall with a history, its own (traces of past exhibitions, the building’s former owners or uses) or another wall’s: political (the Berlin Wall) or trivial yet somehow political (a Walmart in Oregon). The measurements of the “four equal parts” could be inspired by the measurements of the artist’s studio or maybe his four favorite LPs—better yet, the same Smiths LP found at flea markets in four cities, each recently hit by demonstrations, biennials or shows curated by Juan A. Gaitán. The “lines” might evoke the paths of migratory birds facing extinction, rising sea levels due to global warming, charts measuring Greek debt or something lighter like the folds for making origami lotus blossoms. And the people drawing lines could be factory workers flown in from Taiwan who produce tchotchkes for the museum store or clerks from an office where clerks still use pencils. Or the viewers? Way too obvious. But the “black pencil” would have a name brand, which could involve the history of that brand, its design and manufacture—how that was related to Cumbria, cannonballs, the Koh-i-Noor diamond and/or Johnny Carson. Don’t forget: the HB grading of the pencil… which, with some luck, might just be the stub of one used to make the first version of LeWitt’s Wall Drawing 11 way back in 1969.”

Allen sums up the piling of meaning by ways of referencing in a feeling “like Google on the couch: the free association of oodles of information in a never-ending analysis”. Everything has the potential to reveal meaning. Everything seems to be incredibly complex. Allen describes rococo-conceptualistic artworks as such which can contain information that might fuse to provide a higher meaning. But unfortunately some of the concepts can easily be debunked as being nothing more than decorum. Despite this, it is not the decorativeness that is being criticized by Allen, but the pretense of an underlying concept, the pretense of being real deep shit. 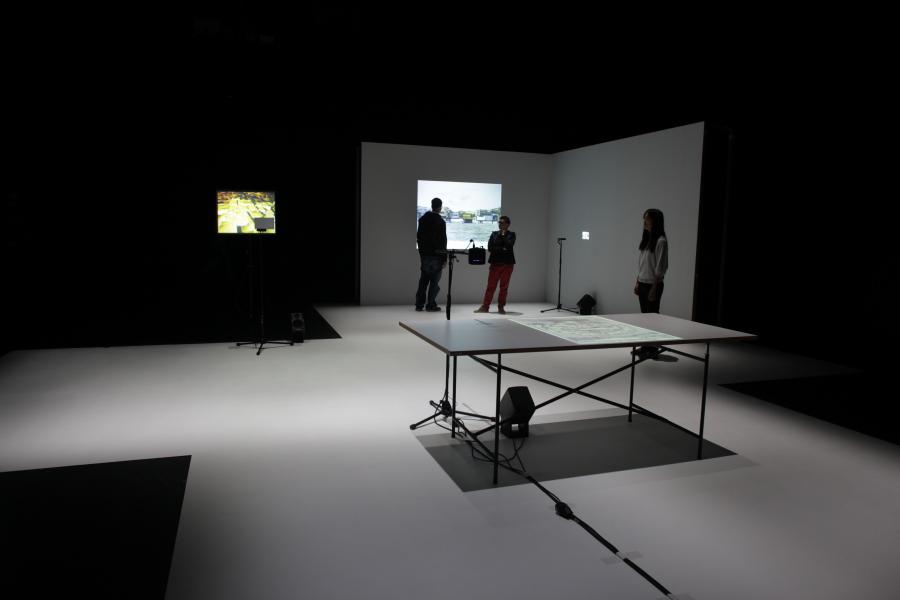 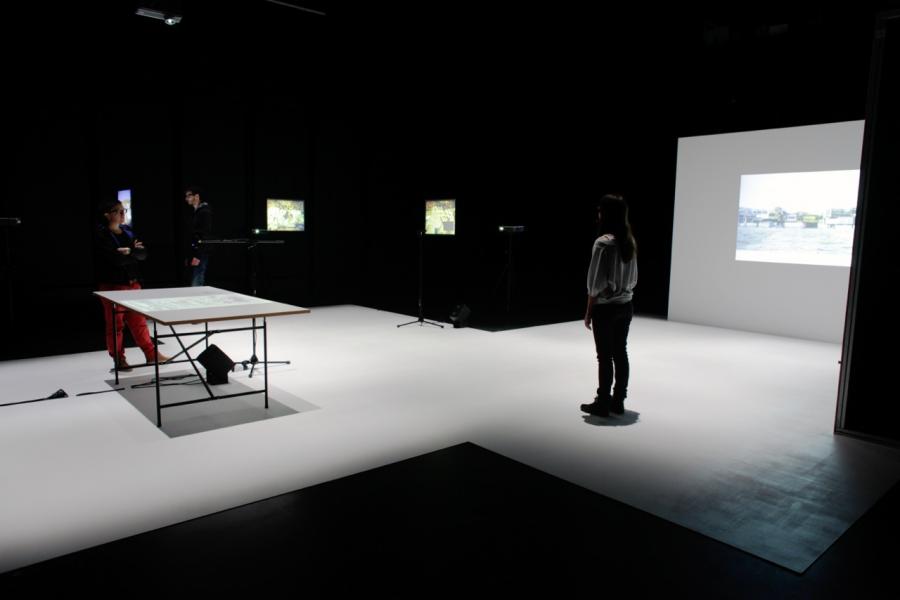 Allen answers this question by describing a show she likes, despite its referentiality. The reason she likes it is that the references do not lead up to the criticized information-bundle pointing out to the social, political, historical or spatial context. Amongst others the artwork contained a hint at the impossible by referring to an artwork that does not yet existoint Allen pins the shift of “the concept away from information and towards the imaginary”. Thus not getting stuck in superficial complexity but truly having a concept and finding an adequate form for this concept differentiates decorum from art. Rococo-conceptualistic art shows the inner-worldly complexity whereas conceptualart sprawls far beyond the obvious.

What Allen calls Rococo Conceptualism has also been called reciprocal. But the terms are slightly diverging. Rococo Conceptualism is a used for conceptual art being stuck in inner-worldliness, superficiality and decorativeness whereas moreover reciprocal tags art that shallowly references the art-system, art history and art-discourses.6

In opposition to the decorative and upgrading use of references stands the digesting artist. The digesting artist works as well with sources and references found everywhere, just as everybody does, but in the process of appropriation the found material is transformed. The appropriation truly fuses the material and thereby creates something not yet seen in the given modality, something new. The digesting artist does not get stuck in reciprocal referencing within the art-system. What marks the difference between mere referencing (being rococo-conceptualistic or reciprocal) and appropriating, creating something new? It is possible to argue that with referencing, thus reusing, the reused is always transformed into something new; but one can counter this statement with the following argument:

The german term for appropriation ›Aneignung‹ contains what I have been calling digestion. If you digest something, you make it yours and thus transform it into something new while at the same time the digested itself is being transformed. Basically the german marxian term is understood as the transformation of both sides due to one truly appropriating the other. One is not the same any more after some thought ore artwork made its way through one’s digestion system. It transforms you, and you transform it. In this case transformation that is due to digestion primarily has neither to do with decorum nor with reciprocity. 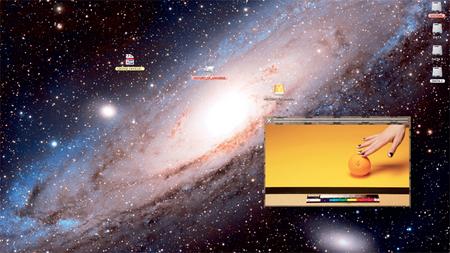 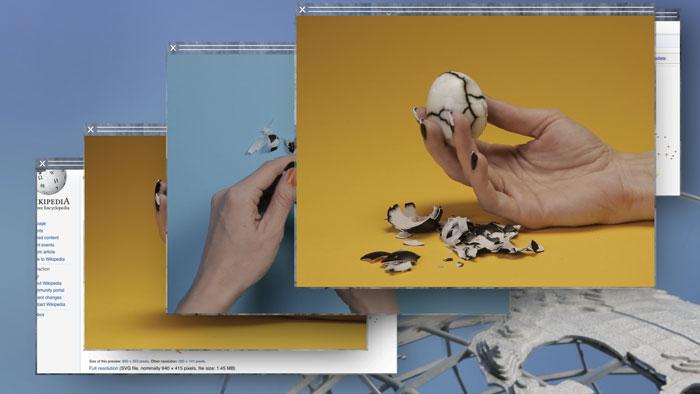 In 1979 Douglas Crimp, an American theorist and curator, wrote a pioneering essay on appropriation as an artistic strategy.9 According to Crimp, one common characteristic of the appropriation artists was the critical relationship to the references. Thus the material was not simply quoted or used for the artists new purposes, but the material was truly digested. Appropriation liberates the artist from having to create something genuinely new. “Mich interessierte Aneignung als eine Strategie, die sich gegen die Idee des Kunstwerks als einmaliger Ausdruck eines autonomen Subjekts richtete und stattdessen Kunst als historisch, gesellschaftlich und kulturell bedingt betrachtet.” (I was interested in appropriation as a strategy which turned on the idea of the artwork being a unique expression of an autonomous subject. With the new strategy art was considered as conditioned by history, society and culture.) Eventually Appropriation Art landed in the big institutions, too, and was handled just like the older masterpieces: as the artistic products of autonomous subjects. Thus eventually Appropriation Art was new enough, was synthesis enough to be an autonomous art-object.

Appropriating as a strategy to make something that is not an autonomous masterpiece but still art worked 40 years ago. The same strategy does not work the same way nowadays since Appropriation Art is a well-known movement that has been discussed by theorists and made its way in the art-history books. Now artists can appropriate the strategies of the appropriation artist from the 80s. But they run the risk of being reciprocal and boring. It seems to me that the more complex the reference is the easier you get stuck in that complexity, not being able to digest it and thus just showing off the complexity of the references. But fortunately there are some people who have a well-functioning digestion and thus produce stuff that goes beyond illustrating the complex world.

(I added pictures of works by ”digesting” artists in order to not get lost in the despair of civilization. So I added installation shots of Situation Utopie (2014) by Nicolas Rauch10 and video-stills of Grosse Fatigue (2013) by Camille Henrot11, both of whom I admire for their digestive systems. But the elaboration on them would make up another article; the pictures are to be understood as hints.)